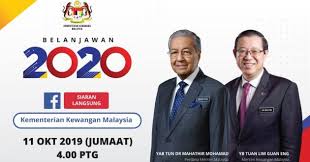 Overall a well-balanced but boring Budget with nothing much for the ordinary working-class citizens, except for the RM30 digital stimulus for anyone who own an identity-verified e-wallet account with selected service providers (must be age >18 and with annual income <RM100k) and the 18% toll rate reduction across all highways owned by PLUS.

Nevertheless, let’s look at some of the details of the latest Budget as well as the potential winners and losers. Hopefully, this will give you some trading ideas in the coming weeks.

1) Lowering the high-rise property price threshold in urban areas for foreign ownership from RM1mil to RM600k (effective 2020) >> This move to solve the major overhang issue in our country could potentially reduce the inventory level of property developers and thereby free-up the much-needed cash for future development. While it will take some time for the overhang issue to be solved, I believe this new ruling may create a knee-jerk reaction to the PROPERTY sector, so do pay attention to companies within this sector.

2) 70% income tax exemption of up to 10 years for companies undertaking solar leasing activities >> This should sparks some interest in related companies in the space (Cypark, Tekseng, etc) despite some of them not doing any SOLAR leasing activities (the market is not that smart). My interest, however, is mainly in the upcoming IPO of Solarvest as (i) it is growing (ii) favorable operating environment (government is big on renewable energy)(iii) Yeo Bee Yin actually attended the launching of the company’s prospectus. You don’t usually see a minister involved in a prospectus-launching ceremony and hence this should give the investing community an impression that Solarvest is “government-approved” or even related. As you may have witnessed from the stock price movement of Opcom, any stocks that are related to the government, whether directly or indirectly, tend to soar.

3) There’s a brief mention of Bandar Malaysia during the session >> While it is an old news, it may create some hype in related companies like IWCITY.

4) Income tax exemption of up to 10 years for E&E companies that invest in selected knowledge-based services >> Again, this may create some hype among the E&E counters.

5) Instead of announcing a possible disposal of PLUS highways to several of the bidders, a reduction of toll rate AND the confirmed acquisition of Gamuda’s highway assets were announced >> This shows the government stance of preferring to own and operate the assets themselves instead of selling them to the private entities hence more HIGHWAY acquisition can be expected in the future as our country’s finance improves. Potential beneficiaries include IJM (NPE, Besraya, Lekas), Ekovest (Duke), Bpuri (LATAR) and Taliwrks (Grand Saga, Grand Sepadu).

1) Commencing 2020, the number of special draws for numbers forecast operators will be reduced from 11 to 8 a year >> This would mean potentially lower profit for GAMING companies like BJTOTO and MAGNUM.

2) Unlike any other years under the BN administrations, no mega projects are announced during the Budget hence the CONSTRUCTION sector is expected to remain challenging.

Overall, the most noticeable theme of Budget 2020 is Digitalisation, SME, Entrepreneurship and Fintech. While you may not be able to benefit from it directly, it pays to understand a little on the government’s planned initiative on this part of the economy. Do get a paper and understand more.

Good luck in the fourth quarter!

**Don’t miss out our December workshop! Click here to find out more!

Please be advised that this website is strictly an educational publication and any comments or suggestions made by the owner should not be taken as financial advices. The owner will not be held responsible for any loss or damage arising from decisions made based on information within this site.